I think unity in the Church is enhanced by accepting what Joseph Smith and Oliver Cowdery said about the translation of the Book of Mormon.

Right now, there is disunity and confusion because of different theories about how Joseph translated the plates. Some faithful Church members now claim that Joseph didn't even use the plates and that he didn't really translate anything.

Some say it doesn't matter how the Book of Mormon was produced because the words speak for themselves. While it's true the source of the words don't matter to some people, it definitely matters to most people. After all, it mattered enough to Joseph that he explained several times that he translated the plates with the Urim and Thummim that came with those plates.

From the time Joseph began translating the plates, there has been ongoing discussion of how he did it.

History provides us only with a few scraps of evidence. That evidence leads to multiple working hypotheses that are subject to change as we obtain more evidence. In this brief post, I offer a new paradigm for understanding the otherwise perplexing inconsistencies in the historical record.

Joseph Smith and Oliver Cowdery always said Joseph translated the plates with the Urim and Thummim, or Nephite interpreters, that Moroni put in the stone box with the abridged plates..

Others, including Martin Harris, David Whitmer and Emma Smith, reported that Joseph actually produced the text by reading words that appeared on a seer stone in the hat (which I call SITH). I refer to such witnesses as the SITH sayers.

Joseph's contemporaries and successors in Church leadership always reaffirmed Joseph's testimony that he translated the plates with the Urim and Thummim.

Lately, however, SITH has become more popular in the Church. It is part of the "New Mormon history" that is more "objective" and considers "all the evidence."

Except it doesn't, really.

Both methods were described as alternative explanations in the 1834 book Mormonism Unvailed.

In response, Oliver, with the assistance of Joseph, wrote an essay that reaffirmed that Joseph used the Urim and Thummim. Published originally as Letter I in the Messenger and Advocate right after Mormonism Unvailed was published, the essay was republished in the Times and Seasons, the Millennial Star, the Gospel Reflector, the Prophet, and the Improvement Era. An excerpt was canonized in the Pearl of Great Price as a note to Joseph Smith-History, 1:71.

These were days never to be forgotten—to sit under the sound of a voice dictated by the inspiration of heaven, awakened the utmost gratitude of this bosom! Day after day I continued, uninterrupted, to write from his mouth, as he translated with the Urim and Thummim, or, as the Nephites would have said, ‘Interpreters,’ the history or record called ‘The Book of Mormon.’

There is plenty of evidence to corroborate what Joseph and Oliver taught.

- Mormon and Moroni described the great effort required to preserve the original Nephite records, abridge them, and make them available to Joseph Smith. Also, "God had prepared [the Urim and Thummim] for the purpose of translating the book." (Joseph Smith—History 1:35)

- Joseph said he copied and translated the characters. (JS-H 1:62) He later said he translated the hieroglyphics. He said the Title Page was a "literal translation of the last leaf of the plates." He never said or implied that someone else translated and he merely read that translation.

- When Joseph and Oliver considered re-translating the plates of Lehi to reproduce the lost 116 pages, the Lord told Joseph to translate the engravings on the plates of Nephi instead. These were unabridged Nephite records Joseph would later receive in Fayette, where he translated them.(see D&C 9 and 10)

- Moroni told Joseph not to touch the sealed portion "in order that ye may translate." (Ether 5:1) He told Joseph that he would have access to the original plates of Ether to get an account from the days of Adam down. (Ether 1:4)

- The first night they Joseph, Moroni told Joseph he would be destroyed if he showed the plates or Urim and Thummim to anyone except a few people who would serve as witnesses. (JS-H 1:42) That instruction was repeated in Ether 5, 2 Nephi 27, and D&C 5.

None of this corroborating evidence makes sense if Joseph was merely reading words off a stone, whether it was the Urim and Thummim or SITH.

(i) the SITH sayers were lying

(ii) Joseph and Oliver misled everyone by claiming Joseph translated the plates with the Urim and Thummim when they actually knew Joseph merely read words off a stone in a hat.

In my view, that's a false dilemma.

I think the historical accounts can be reconciled in a way that both:

(i) supports and corroborates what Joseph and Oliver taught

(ii) supports and corroborates what the SITH sayers said.

From the original manuscript of the Book of Mormon, we can see that there was something much different about the SITH event David Whitmer described and the rest of the translation.

David explained that the translation work was laborious. They worked from morning to night during the long days of summer. David also said he wasn't present for most of the translation, which took place upstairs in the Whitmer home. But he said that on one occasion, they assembled a group of family members around a table in the Whitmer home. Three scribes sat across from Joseph as he put his face in a hat and dictated. He spoke so fast that the scribes took turns writing because they became tired.

No one present ever related what Joseph actually dictated on that occasion. We merely assume that whatever he dictated eventually became part of the Book of Mormon we have today. If that's the case, then he had to be dictating parts of 2 Nephi, most likely the Isaiah chapters, because that part of the original manuscript is missing and the part we do have (mainly 1 Nephi and 2 Nephi 1) do not show scribes taking turns (and don't have Emma's handwriting).

The unusual circumstances of this event indicate that Joseph was conducting a demonstration. He was not translating.

Faced with his supporters' intense curiosity, yet forbidden from showing the plates or Urim and Thummim to everyone, Joseph apparently decided he could best explain the process through a demonstration with something his contemporaries were familiar with: the stone in the hat.

Witnesses present, including David, Martin and Emma, later related this demonstration as if it was the translation. SITH became an important narrative to counter the prevailing Solomon Spalding explanation. (This is the claim that Joseph was reading the Spalding manuscript from behind a curtain or screen.)

There is obviously a lot of evidence to go through to explain all of this. I wrote a book about it titled A Man that Can Translate. I concluded that, assuming what Joseph dictated is in our current Book of Mormon, Joseph recited Isaiah chapters from memory, which explains the types of discrepancies between the King James Version Isaiah chapters and those found in certain chapters of 2 Nephi. 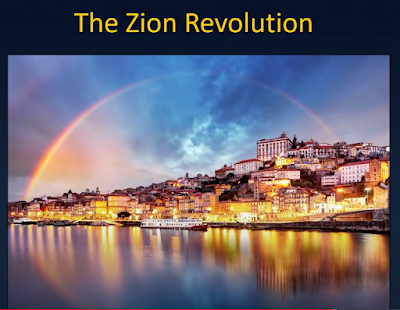 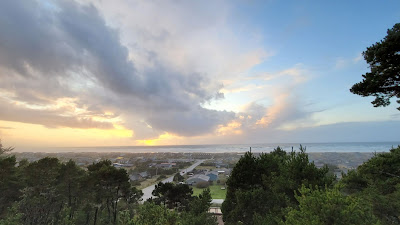